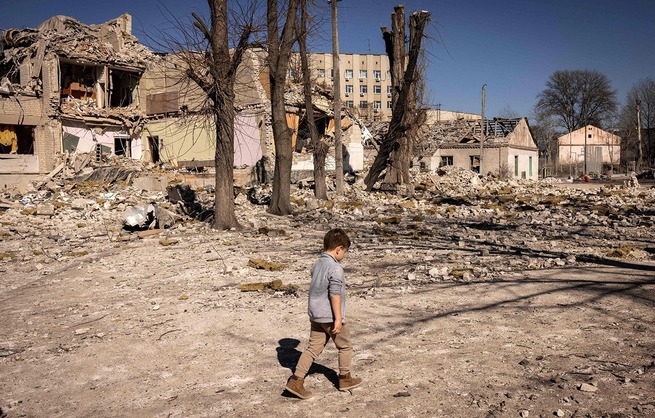 A few days ago, two petitions by two groups of intellectuals and prominent personalities – including two former Slovenian presidents and several prominent former politicians – circulated in the Slovenian public. Each of these groups presented a vision of a solution to the Russian Federation’s aggression against and in Ukraine. I did not sign either of them, because I believe that signing petitions is a matter of civil society. Active politicians who can take political action in line with the petitions’ subject have the responsibility to ensure the demands are taken into account, and implemented.

I believe that both petitions, despite some different views pursue the same objective: first, a complete cessation of the Russian Federation’s aggression in Ukraine, and then, finding common solutions for a new security and defence architecture in Europe. I concur with these objectives, while recognizing that resolving the Russian-Ukrainian war and other international conflicts would necessitate taking into account also other factors if we want to express our full commitment to the constitutional provisions and international obligations of the Republic of Slovenia.

In addition to events in the international community and applicable international law, the Slovenian foreign policy is constrained primarily by our Constitution and the constellation of political forces in the National Assembly. Besides the Constitution (which has, as a result of the constitutive social agreement on the establishment and functioning of the state, a priority in this area, and demands consistency of our foreign policy and diplomatic practices with it), there are several other documents, which define Slovenia’s foreign policy. These include the Declaration on the foreign policy (and its subordinate Foreign Policy Strategy), the Foreign Affairs Act, the political and legal framework of the European Union and NATO (in this order, given the broader context of transfer of the exercise of our sovereign rights in the case of the European Union, preserving our sovereignty in the case of NATO). The final element, which forms Slovenia’s foreign policy, is the membership in other international organizations (especially important is the Charter of the United Nations, but at the same time also the membership in the Council of Europe and the Organization for Security and Cooperation in Europe should not be ignored).

As a State, when and if we take into account all the aforementioned domestic and international legal and political commitments, institutions and organizations, even in the case of the deplorable, inadmissible and unacceptable aggression of the Russian Federation in Ukraine, we have to pursue a(n) (international) security policy that respects the culture of peace and non-violence, as defined in our Constitution. However, promoting a culture of peace and non-violence is not, as it is often wrongly perceived, a passive attitude, but it requires a continuous active strive for peace and security.

In order to follow the direction of our Constitution, especially its provisions on the culture of peace and non-violence, and to implement the commitments from other legal and political acts adopted or agreed by the Republic of Slovenia, we must immediately, simultaneously, and as long as necessary:

(1) Use all available means to assist Ukraine in defending itself against the aggression of the Russian Federation. These (available) means do not include the use of our army in Ukraine, nor the consent to such decisions of the EU and NATO, which could lead either to the expansion or aggravation of the international armed conflict between the Russian Federation and Ukraine;

(2) Pursue with diplomatic means an immediate cessation of hostilities, prevention of “total war” with the aim of (complete) humiliation or destruction of the enemy, and the process of concluding an agreement of peace and security in Ukraine and in Europe on the basis of valid international security principles and guarantees (in particular the collective security of the United Nations, the Organization for Security and Cooperation in Europe and the Founding Act on Mutual Relations, Cooperation and Security between NATO and the Russian Federation, signed in Paris on 27 May 1997);

(3) Adopt measures at national and EU level to mitigate the economic, social and societal consequences of the war in Ukraine and in all countries of the European Union and to assist Slovenian natural and legal persons, especially the most vulnerable, affected by the war in Ukraine and consequent sanctions against the Russian Federation. At the same time, we must not allow the climate, green, social and digital ambitions of the European Union and the Republic of Slovenia to be watered-down or even side-lined due to our need for energy and food independence from the Russian Federation and Ukraine.

In order to ensure the implementation of our Constitution in the field of human rights and the commitments from international acts to which the Republic of Slovenia is a party, it is also our duty to:

(4) Help and assist the victims of the war in Ukraine and refugees fleeing to neighbouring countries and countries of the European Union, with all the humanitarian and other means at our disposal. We are especially responsible for those who have taken refuge in the Republic of Slovenia or would like to do so in accordance with the Union’s principle of solidarity;

(5) persecute all, without any (especially political) distinction, who committed, aided, ordered, allowed or knowingly chose not to punish international crimes committed in the territory of Ukraine from the collapse of the Soviet Union to the end of hostilities in Ukraine;

(6) Do everything possible to re-establish the international and consistently enforce the European rule of law and human rights. This is still our key safeguard against the rule or abuse of power and coercion in international relations.

Finally, we must actively advocate for an enduring international order that will emerge (in the best-case scenario) after the end of hostilities in Ukraine. It is therefore good to adhere to some of our constitutional principles in combination with the applicable principles of international law and European Union law:

(7) We must respect the self-determination of the peoples and the territorial integrity of all countries and their (especially Ukrainian and Russian) integration into the new European security architecture. No recognition of occupied territories is possible, even if they did or may declare independence or annexation to another state;

(8) In an impartial manner, we must respond preventively and actively to all international conflicts, armed conflicts, and to situations and issues that threaten or could threaten international peace, security and justice. In doing so, the Slovenian (foreign) policy must support the work of diplomacy and diplomatic solutions, especially in the National Assembly (or in the Foreign Policy Committee), by adopting positions in a timely manner, which the foreign policy should communicate in bilateral and multilateral fora. We must avoid all political proposals that would point to our double standards or even prevent diplomacy from carrying out those functions;

(9) We need to strengthen our international development cooperation, including its financing, and humanitarian aid. In addition to commercial and cultural diplomacy, these two foreign policy tools must become the driving force of Slovenian action in its own and EU diplomacy. In practice, this means that we must, as of today, outline measures at the national and European Union level that will promote Ukraine’s post-conflict reconstruction, as well as help other regions and countries affected by the war in Ukraine and sanctions against the Russian Federation. The task of our diplomats and the diplomats of the European Union after the end of war in Ukraine will be to take care of the people and to ensure their right to a decent life.

There is no hierarchy between the suggested nine points or directions of Slovenia’s foreign and domestic policy activities, and the list is certainly not exhausted. However, the results of each of them are important. The situation in the international community is complex and it is necessary to constantly adapt to this in accordance with our constitutional basis and the foreign policy means available to us. For the Republic of Slovenia, their sequence is also clear. It is primarily the diplomatic means to which we have to dedicate our attention, followed by economic means. The military means should only be used to the extent necessary, and required by either under the United Nations Charter or our membership in NATO (here too, , a clear hierarchy exists according to our Constitution).

Our politicians and decision-makers therefore face a difficult and responsible task. However, an even bigger task lies before diplomacy, as politics and civil society can express ideas that diplomacy cannot do straightforward. Therefore, we need to be careful about what steps to take as well as when and which words to use in a specific context. Georges Clemenceau has put it best with a warning to all generations, by saying “it is easier to make war than peace”.

What is clear is that there is no quick, easy, and instant solution to the events in Ukraine and there will never be. It will take boldness, patience, and diplomatic skills to come up with lasting long-term solutions. However, these can only be achieved at the European Union level. That is why our foreign and domestic policy decisions must not bypass the European Union, the same as decisions of the European Union on Ukraine cannot be taken past Ukraine and its people. Everything else would be a step in the wrong direction and another blow to the international order that was established after the Second World War, and as we co-created it after the international legal and political recognition of the Republic of Slovenia in the international community. 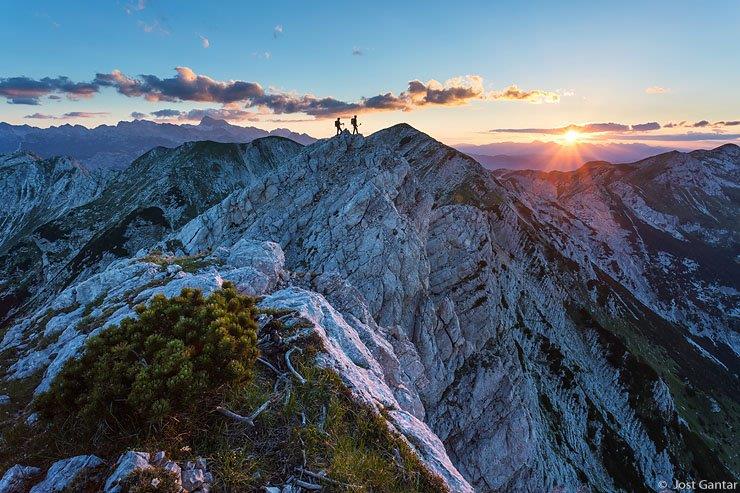